Sun and smiles and much needed snuggles 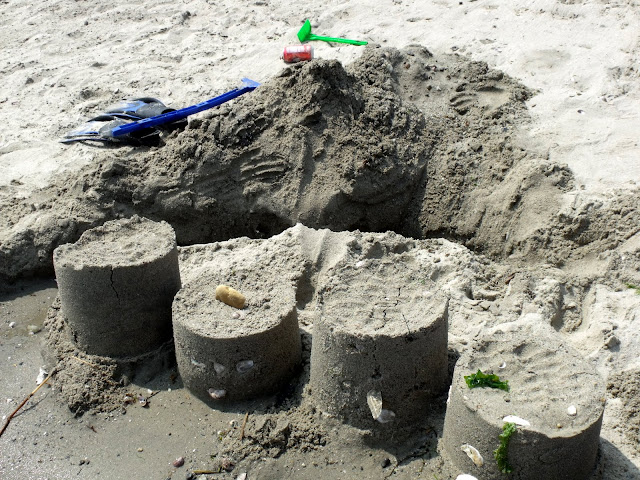 Much fun and cooling off took place recently when we visited
Walnut Beach in Milford, CT.
Mostly likely to go down in Bogush Family History as "The Terrible Day of the Jelly Fish" - it was so nice to put the camera memory card into the computer
and see all these fun photos pop up. 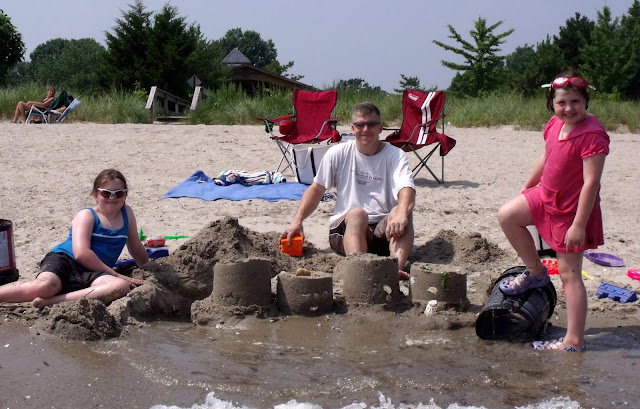 These were taken before Annie swam through a school of jelly fish.  Both Emma and I had also been stung earlier, but Annie's multiple stingings were particularly bad and brought the beach visit to an end (no vinegar in site).
It was heart-breaking to hear her cries!
But, again, much fun was had prior to that
and I hope these photos help us to remember that! 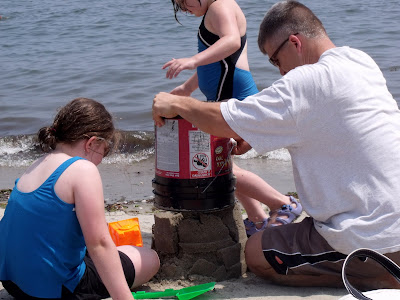 A sandcastle building tip:
Paul cut the bottoms off of some 5 gallon buckets.
He and the girls dug and dug and dug - building a small city on the edge of the waves.
Once they finished much giggly effort was made to
protect the city from the encroaching tide. 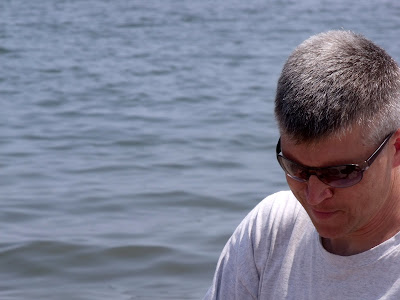 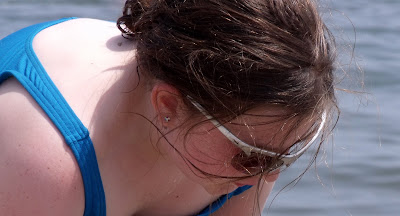 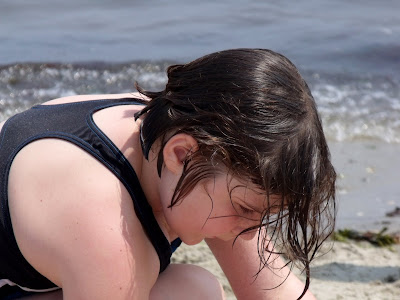 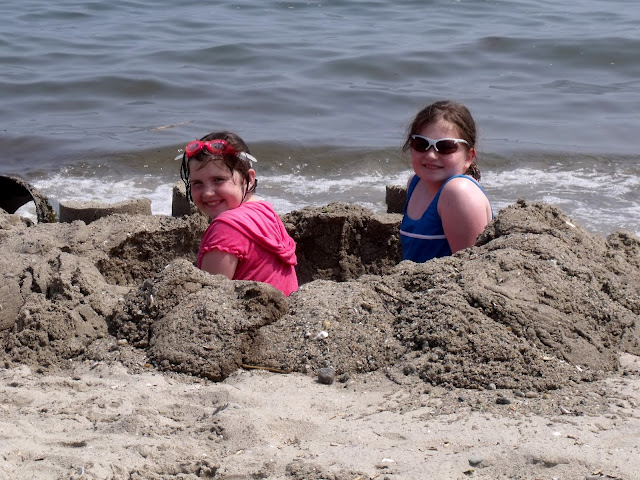 Our next beach adventure will most likely be in Rhode Island on an Atlantic Ocean beach rather than on Long Island Sound.  We were given a tip that the jelly fish might not be as abundant on an ocean beach vs. the sound.
In any event,
I will remember this day as a day of sun and smiles and much needed snuggles.
Posted by Aimee Cotton Bogush